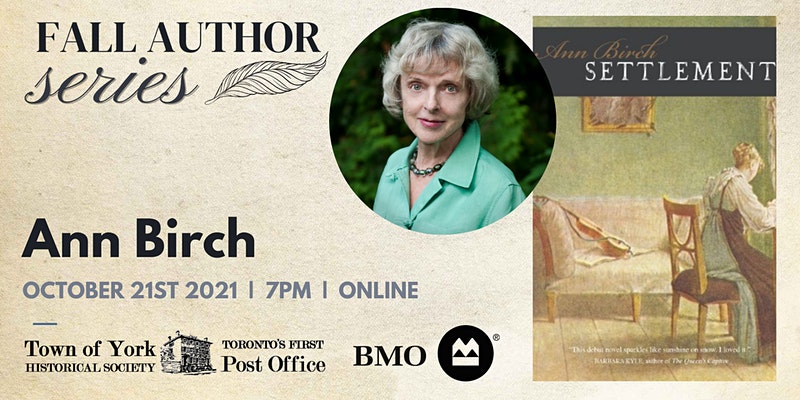 Join us on October 21st for the next evening in our author’s series!

It’s common for people to tell you to write about what you know. But Ann Birch chooses to write—in three of her four novels– about real historical people who lived in York (early Toronto) in the late 1700s and early 1800s. Since she was not living at this time, she has had to learn how to recreate a long-gone world and the people who lived in it.

In this presentation, Ann will share about delving into primary sources like letters and diaries written about and by her main characters. She will also discuss the necessity of turning to secondary sources: the innumerable tomes available on the social history of the times and the people who inhabited this world. But there are many spaces omitted by historians and by the characters themselves, and here’s where an author must be diligent in filling these spaces. Ann will talk about her constant effort to be authentic in her writing of historical fiction about York.

Ann holds a post-graduate degree in Canadian literature and writes essays and reviews for magazines and newspapers. She is also an award-winning educator. She was Head of English at several Toronto high schools and an associate professor in the teacher-training programs at York University and the University of Toronto.

In the 90s, Ann wrote a best-selling “how to” book called Essay Writing Made Easy. In this century Settlement (Dundurn Press) was her first novel. Her second novel The Secret Life of Roberta Greaves was published by Inanna Publications. Her third novel Duelling in a New World and her fourth novel A Daughter Rebels are popular books with BWL Publications Inc. 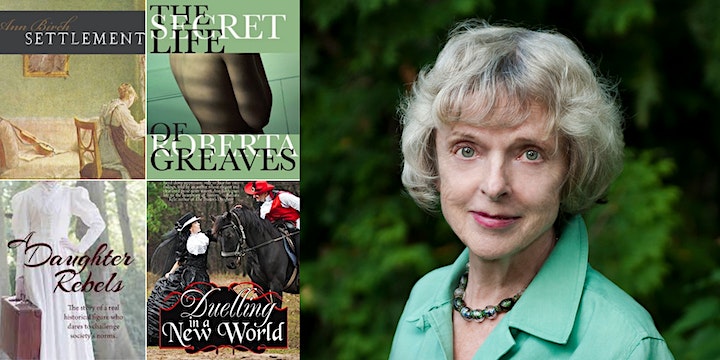