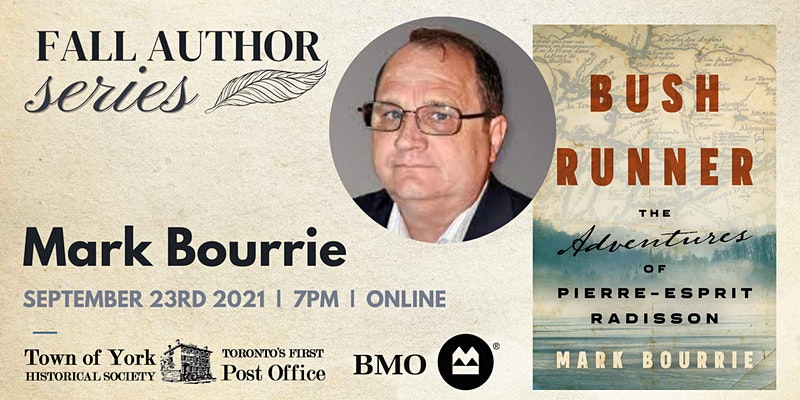 Join us on September 23rd for the first evening in our author’s series!

Mark Bourrie will speak about the research process for his book Bush Runner: The Adventures of Pierre-Esprit Radisson, which tells the extraordinary true story of the 17th-century figure, a man more trading partner than colonizer, a peddler of goods and not worldview—and with it offers a fresh perspective on the world in which he lived. Using Radisson’s journals, which are the best first-hand accounts of 17th century Canada, Bourrie will provide insight into the sources used to bring Radisson’s story to life.

Known to some as the first European to explore the upper Mississippi, and widely as the namesake of ships and hotel chains, Pierre-Esprit Radisson is perhaps best described, writes Mark Bourrie, as “an eager hustler with no known scruples.” Kidnapped by Mohawk warriors at the age of fifteen, Radisson assimilated and was adopted by a powerful family, only to escape to New York City after less than a year. After being recaptured, he defected from a raiding party to the Dutch and crossed the Atlantic to Holland—thus beginning a lifetime of seized opportunities and frustrated ambitions.

Mark Bourrie holds a PhD in Canadian history and a Juris Doctor degree in Common Law. He worked in Canadian media, mainly as a parliamentary correspondent, from 1978 until 2018, with breaks to teach media studies at Concordia University, history at Carleton University and Canadian Studies at the University of Ottawa. He has been a member of the Ontario bar since 2018, specializing in media law.

Bush Runner: The Adventures of Pierre Radisson, his latest book, spend six months on Canadian best-seller lists, won the 2020 Charles Taylor Prize for Literary Non-Fiction and was a Globe and Mail Top 100 book. His next book, Big Men Fear Me: George McCullagh of the Globe and Mail, will be published next spring by Biblioasis. 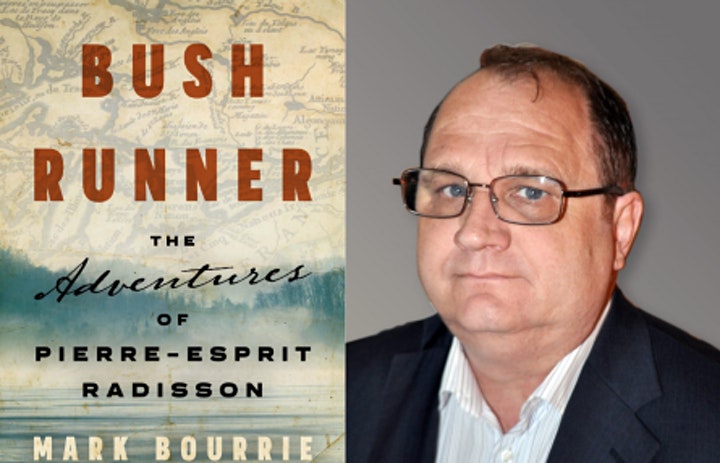